Event at the Embassy to Observe Kashmir Black Day

(Tokyo-27-10-2020) An event was organizedby Embassy of Pakistan,Tokyo to observe 27th October as Kashmir Black Day.A large number of Pakistani community members and Kashmiri diaspora attended the event. Ambassador Imtiaz Ahmed read the messages of the President and Prime Minister of Pakistan which primarily emphasized on support and solidarity with Kashmiri people for realization of their legitimate right to self-determination. 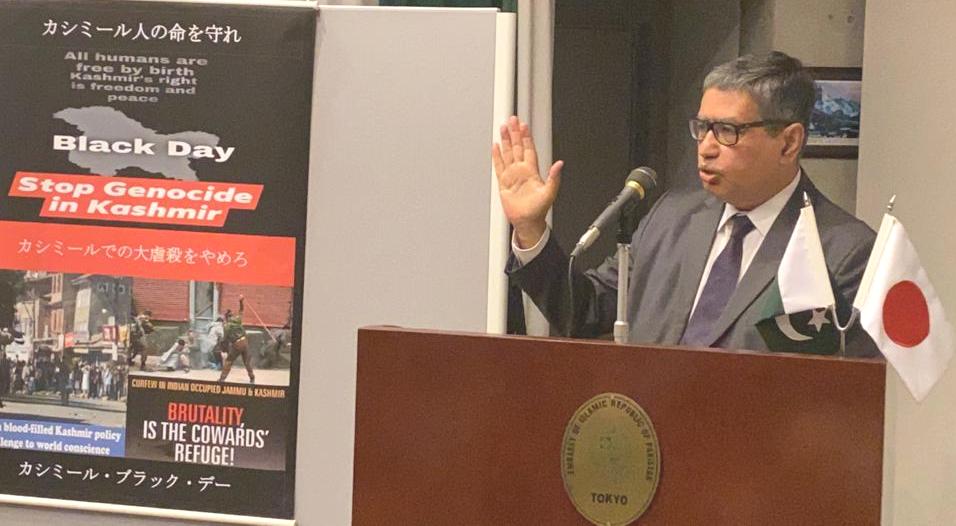 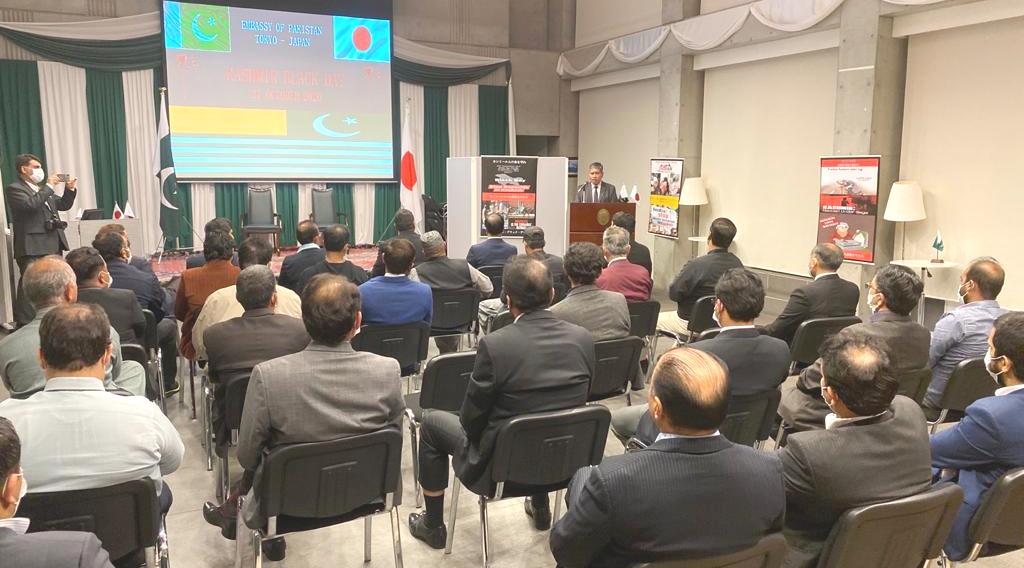 The Ambassador in his key-note address remarked that this day represented the ominous designs of Indian Government when its security forces illegally occupied Jammu and Kashmir in 1947 and since last 73 years have subjected the innocent Kashmiris to brutal repression. He added that on August 5,2019 the Indian Government, in violation of International law and humanitarian norms, altered the constitutional status and demographic structure of Indian Illegally Occupied Jammu and Kashmir (IIOJK). However, these illegal and unilateral Indian actions have not only been rejected by Kashmiris and Pakistan but International community too condemned it for being in violation of International Law and relevant UNSC resolutions. The Ambassador deplored that Indian Government and its security forces since August 5,2019 has intensified its inhuman tactics and subjected the people of IIOJK to worst kind of human rights violations besides imposition of indefinite curfew, suspension of all cyber communication lines, custodial torture and deaths, use of pellet guns, extra judicial killings and random imprisonment of innocent people.However, despite turning Kashmir into a large prison, India has not been able to dampen the indomitable spirit of the freedom loving Kashmiri people. 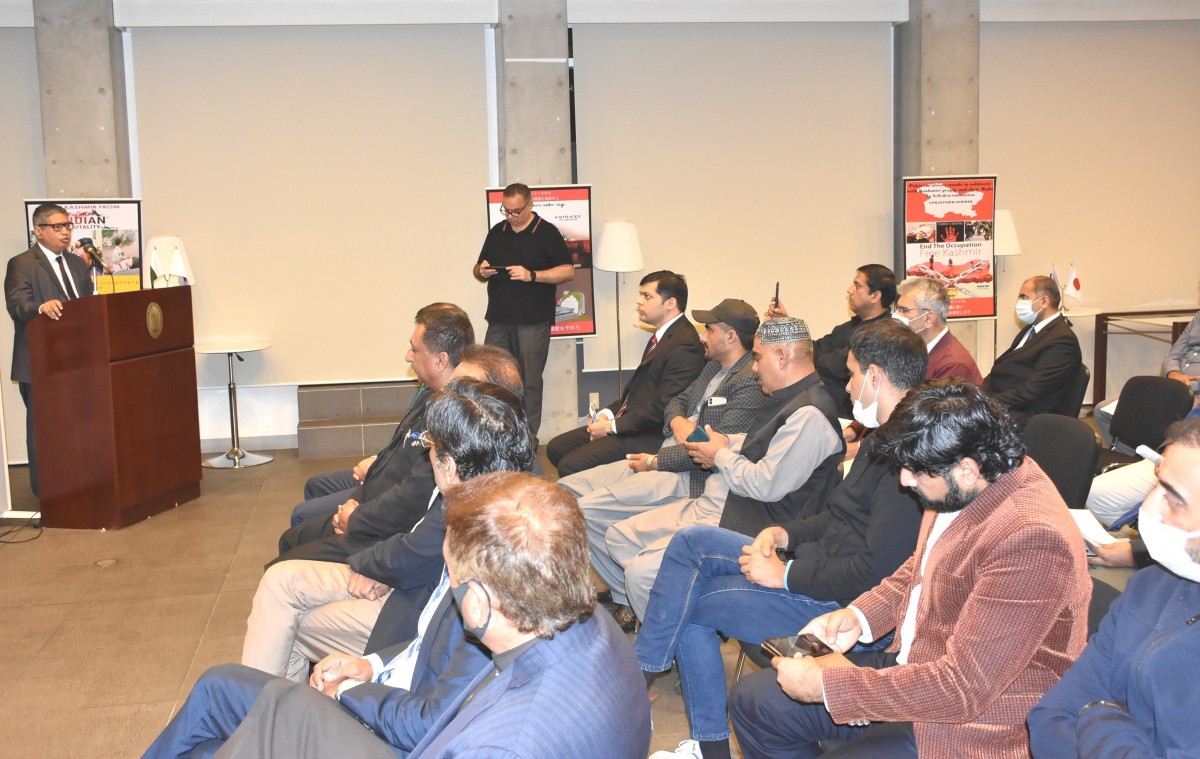 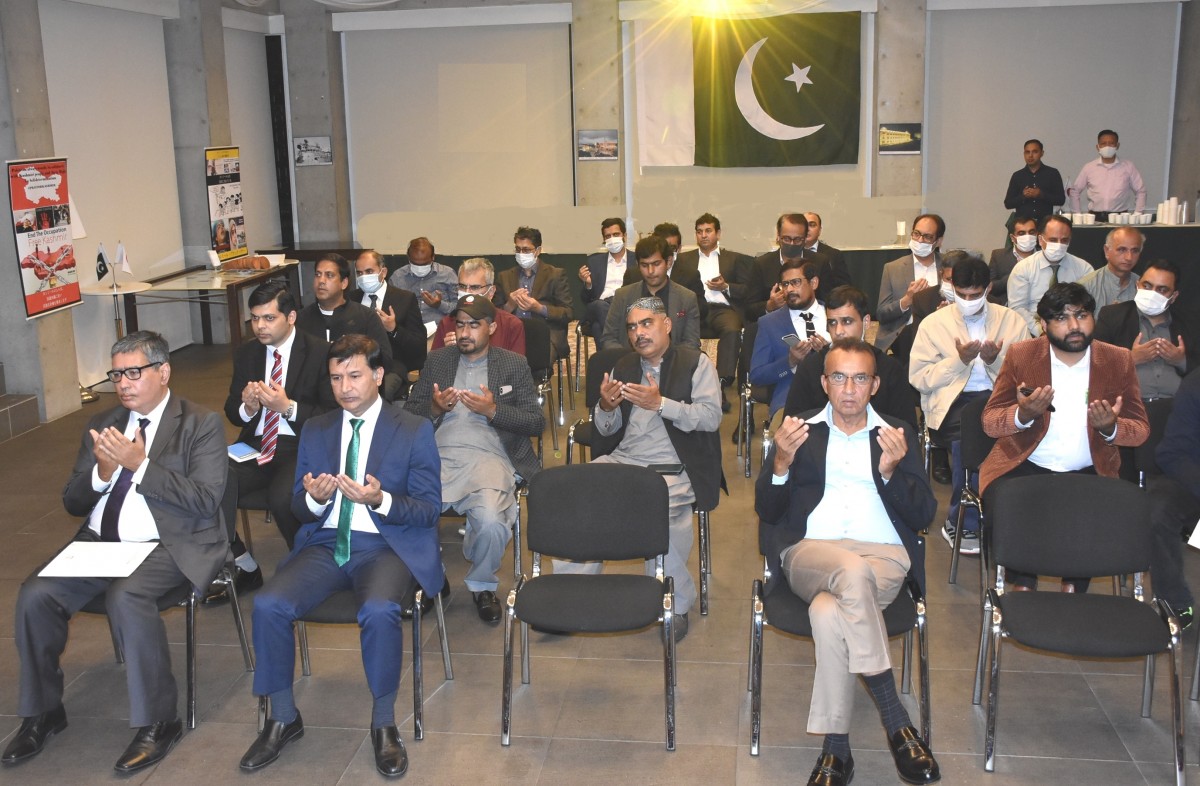 Ambassador Ahmad also underscored the efforts of Pakistan to highlight India’s continued state-terrorism in IIOJK at various international forums. Subsequently, the UN Security Council on different occasions has taken up the issue for discussionkeeping in view the prevailing horrendous situation in the area, thereby belying Indian claim that the dispute is India’s internal matter.The Ambassador concluded his remarks by reaffirming Government of Pakistan’s resolve to continue extending full political, diplomatic and moral support to the legitimate struggle of valiant Kashmiris for the right to self-determination as enshrined in numerous UNSC Resolutions. 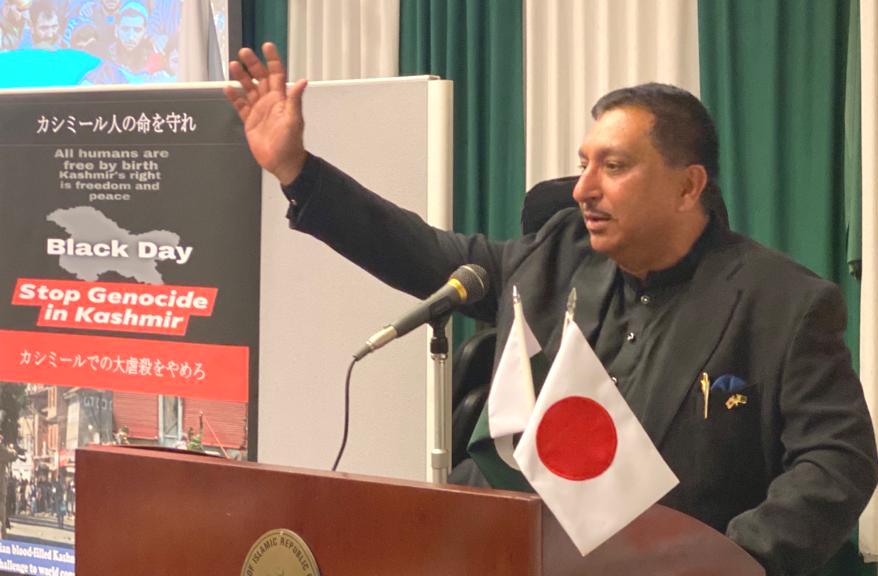 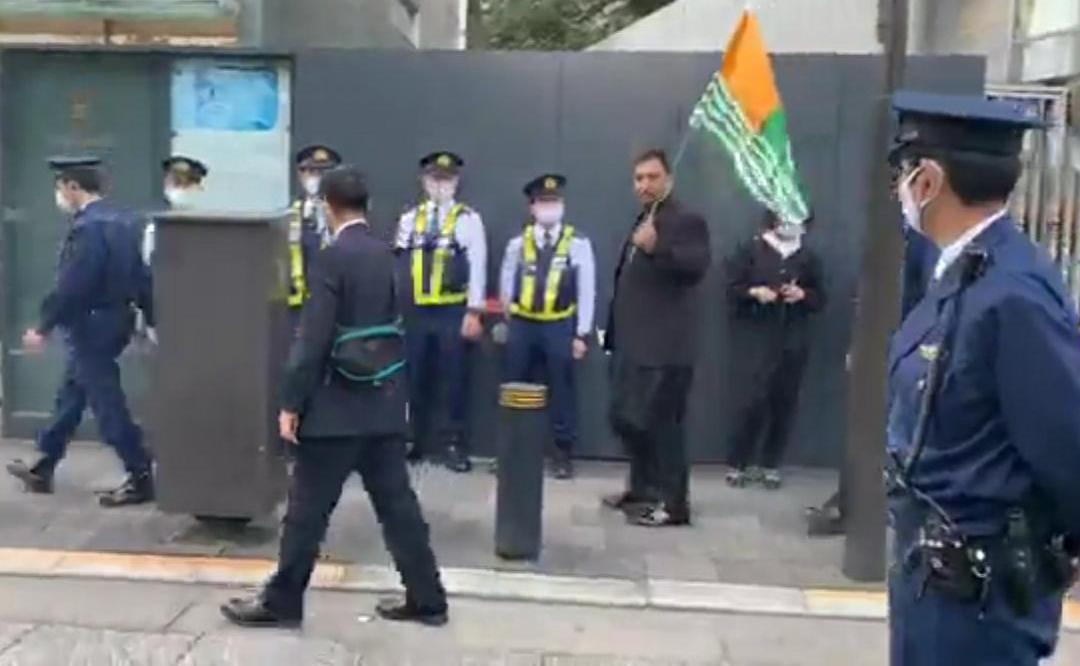 A photographic exhibition was also organized by the Embassy to highlight the continuing torture and brutal repression carried out by the Indian Occupied forces in IIOJK.

Earlier, the members of the Pakistani community and Kashmiri Diaspora held a strong protest in front of the Indian Embassy to observe the Kashmir Black Day and strongly agitate against the unprecedented gross human rightsviolations in IIOJK by Indian security forces.