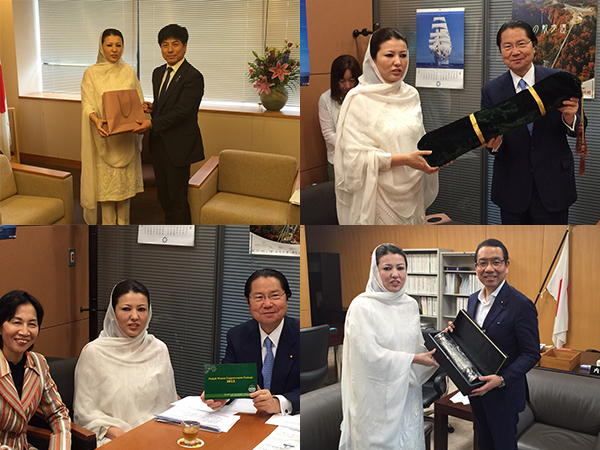 Honourable Ms. Hameeda Waheed-ud-Din, Minister for Women Development Punjab is currently visiting Japan to participate in the ‘High Level Seminar on Peace Building, National Reconciliation and Democratization’ at Tokyo from June 18-21, 2015.The Minister is participating as a Panelist at the cited Event and is scheduled to present the efforts by her government towards Women Empowerment. 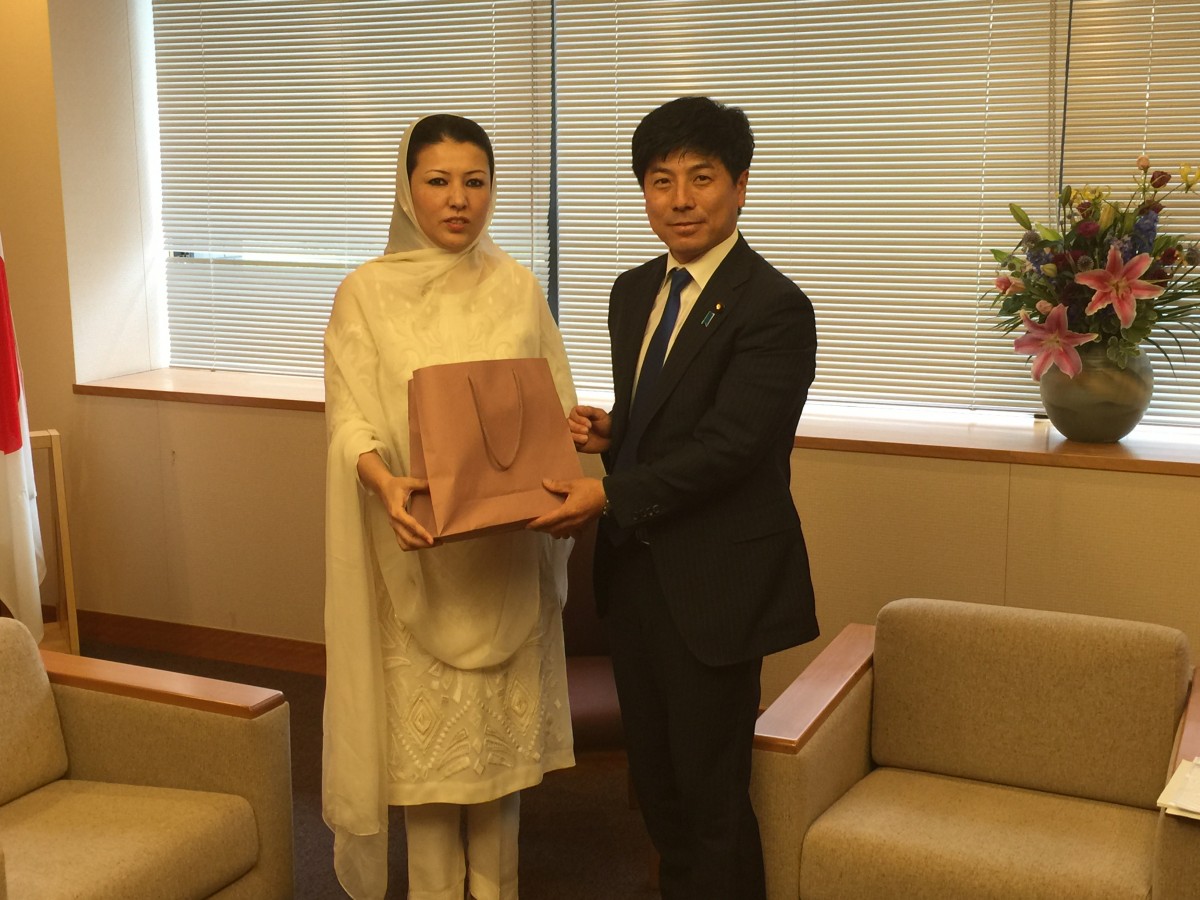 On the margins of the cited Event, the Minister was accorded a comprehensive interaction with the Japanese political leadership beginning with her meeting with the  Prime Minister of Japan H.E Mr. Shinzo Abe who warmly greeted her and President and Secretary General of Japan-Pakistan Parliamentary Friendship League Mr. Seishiro Eto and Ms. Midori Matsushima, respectively. She was also received by Parliamentary Vice Minister of the Cabinet at the Prime Minister’s Office by Mr. Takao Ochi followed with a call on the Parliamentary Vice Minister for Foreign Affairs Mr. Kazuyuki Nakane.

Earlier in the day Ms. Waheed-ud-din also paid a courtesy call on His Excellency the Prime Minister of Japan Mr. Shinzo Abe who very warmly greeted her. The Minister, expressing her gratitude for the hospitality and the warmth with which she was received, conveyed the greetings from the Prime Minister of Pakistan to Mr. Abe. 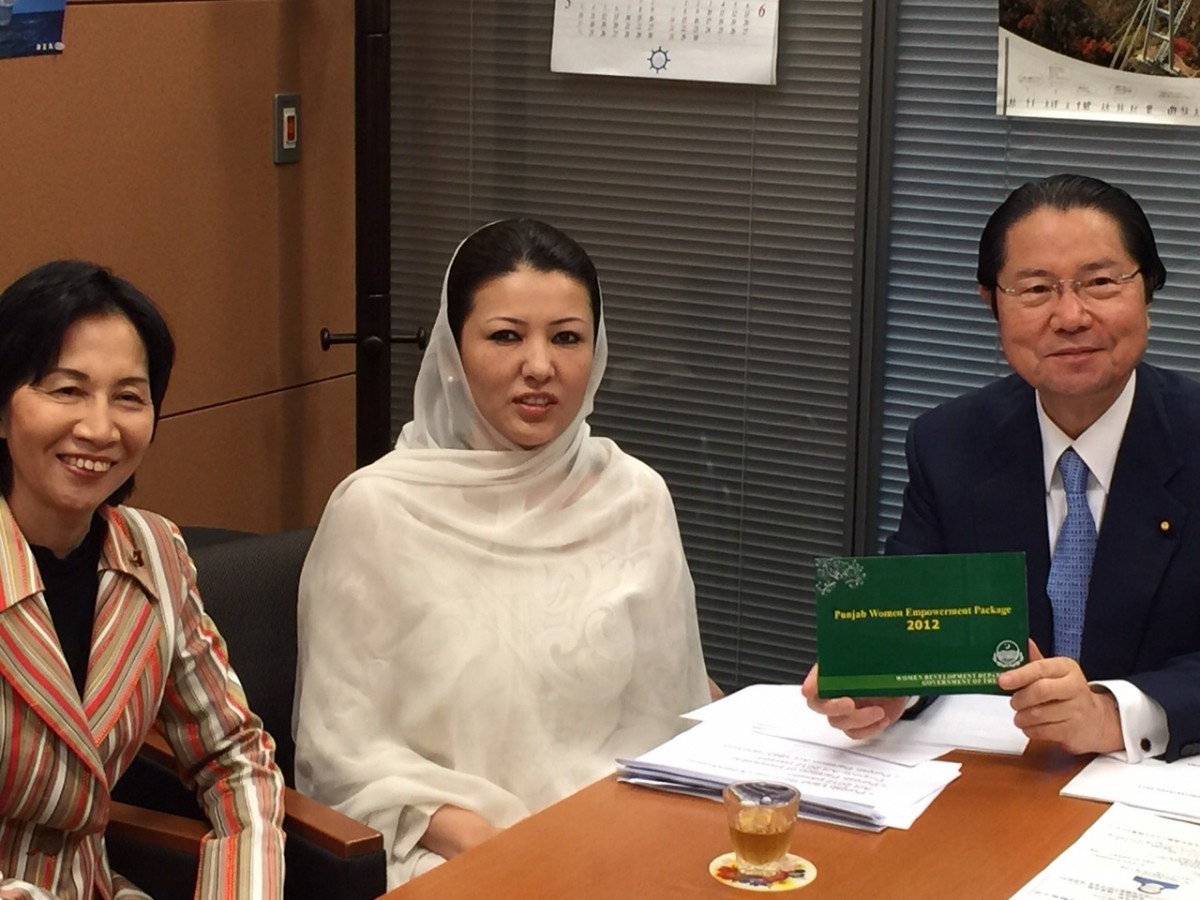 Ms. Waheed-ud-Din, who received her early education from Osaka, represents the shared heritage of the two friendly countries, Pakistan and Japan. In this regard, she is being exclusively interviewed by one of Japan’s leading newspaper ‘The Asahi’ on the margins of the Seminar tomorrow. 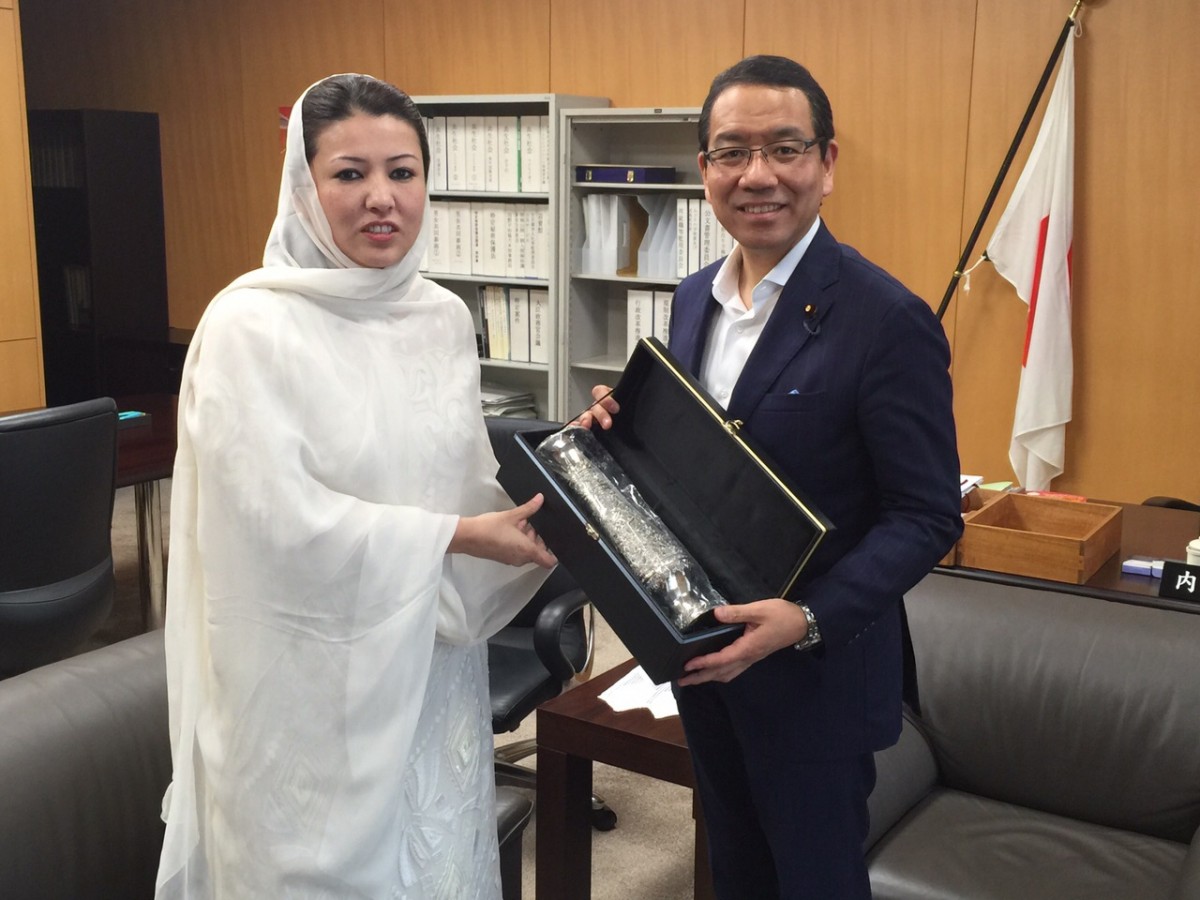