The meeting was marked by traditional warmth, mutual understanding and trust. President Arif Alvi congratulated the Vice President on the 70th Anniversary of founding of the People’s Republic of China and felicitated China for its remarkable growth and underscored that the reform and opening up process of China was a model for developing countries. 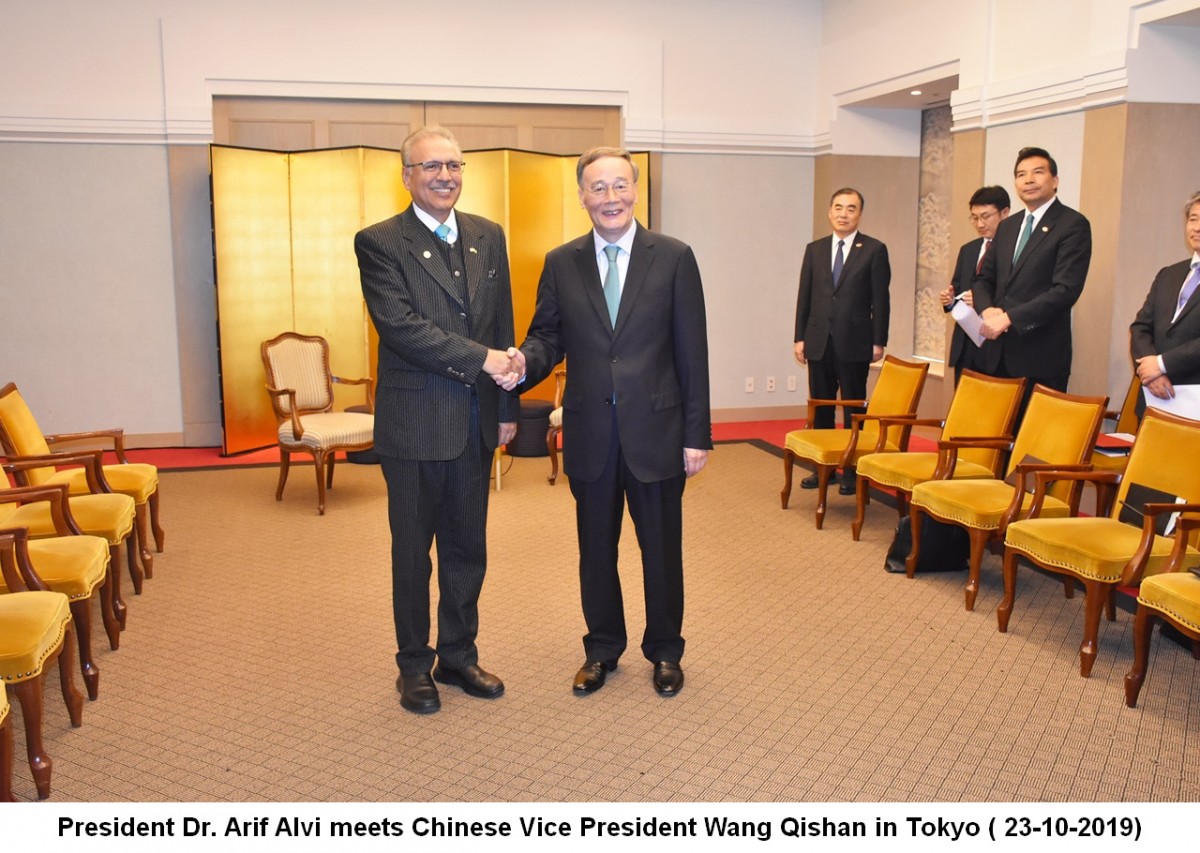 The President exchanged views on a range of bilateral issues of mutual interest with the Chinese Vice President Wang Qishan.

Chinese Vice President reiterated solidarity with Pakistan in safeguarding its territorial sovereignty, independence and security. The Pakistan side reaffirmed its commitment to the One China Policy. 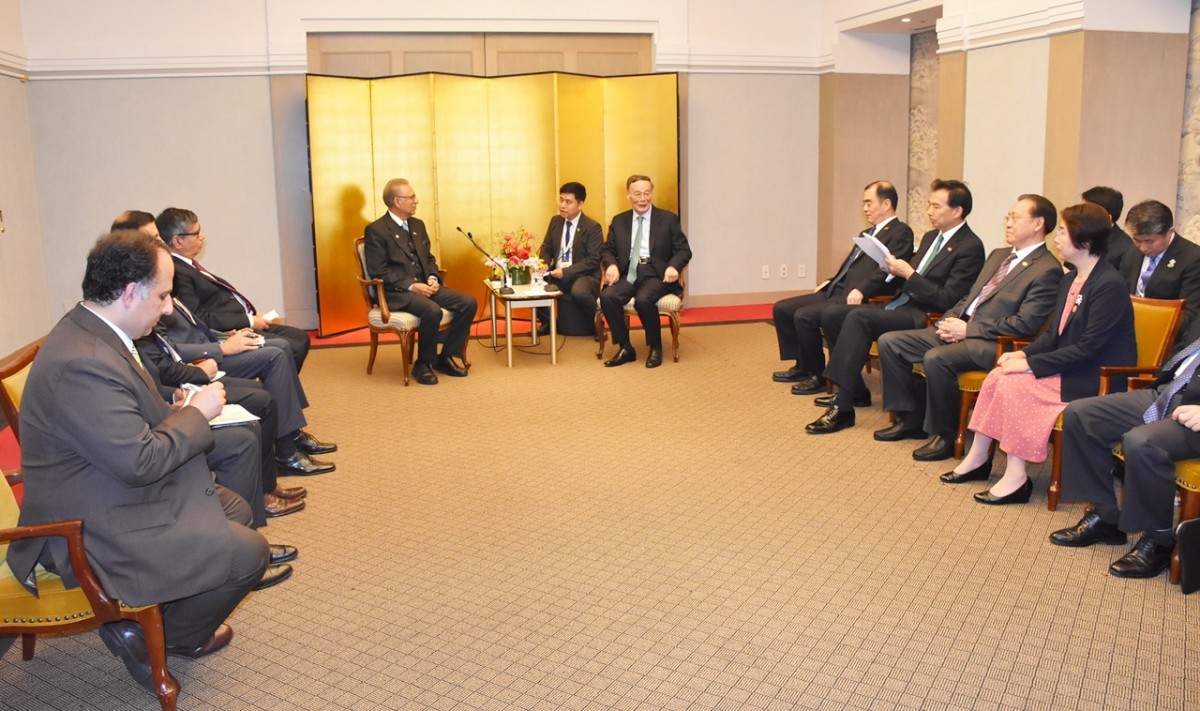 President Arif Alvi briefed the Chinese Vice President on the situation in Indian Occupied Jammu and Kashmir, including its concerns, position, and the prevailing humanitarian crisis there.

President Arif Alive underscored that the China-Pakistan Economic Corridor (CPEC) was a transformational project. Both sides maintained that the second phase of CPEC will promote industrial and socio-economic development in Pakistan.

The two leaders reaffirmed their firm resolve to further strengthen Pakistan-China All-Weather Strategic Cooperative Partnership aimed at building a Community of Shared Future. Pakistan-China partnership remains unaffected by the vicissitudes of the regional and international developments and continues to move from strength to strength.