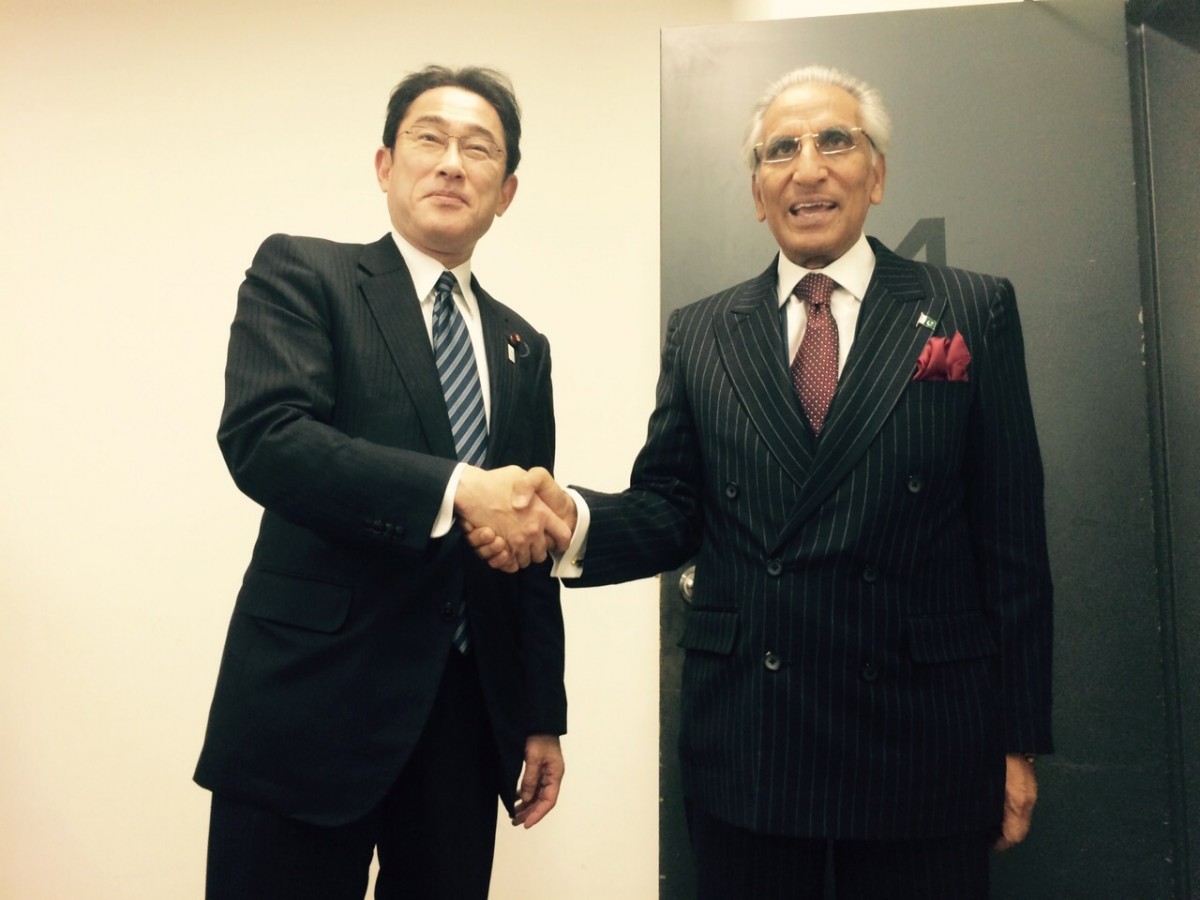 Mr. Fatemi represented Pakistan at the opening session of the event which has brought hundreds of world leaders, specialists and experts on Climate Change and Disaster Risk Reduction to this major global event.

On the margins of the Conference, Mr. Fatemi was received this afternoon, for a formal bilateral meeting by Mr. Fumio Kishida, Foreign Minister of Japan who, recalling their meeting of last August on the margins of ARF, warmly welcomed him.

Expressing gratitude for Pakistan's participation and support to the Event, Mr. Kishida stated that Japan looked forward to sharing knowledge on Disaster Risk Reduction with Pakistan, which itself has suffered from natural disasters in the past.

Mr. Kishida appreciated Pakistan's sacrifices and efforts against terrorism and expressed solidarity with the people of Pakistan, while assuring him of his country's continued support for the policies of Prime Minister Nawaz Sharif.

Mr. Fatemi briefed the Japanese Foreign Minister on  Government's  economic policies, as well as efforts to promote a peaceful neighborhood in South Asia. He urged increased Japanese interest in investment opportunities in Pakistan,  as well as provision of greater market access to Pakistan, emphasizing the linkage between economic growth and the need to confront Terrorism, stressing that the Energy and Infrastructure sectors in Pakistan presented huge investment opportunities.  The Japanese Foreign Minister assured Mr. Fatemi that his Government was giving serious consideration to these issues.

Mr. Fatemi appreciated the successful holding of the Japan-SAARC Energy Symposium in Islamabad last week and thanked the Government of Japan for its efforts to promote peaceful cooperation and connectivity in South Asia. 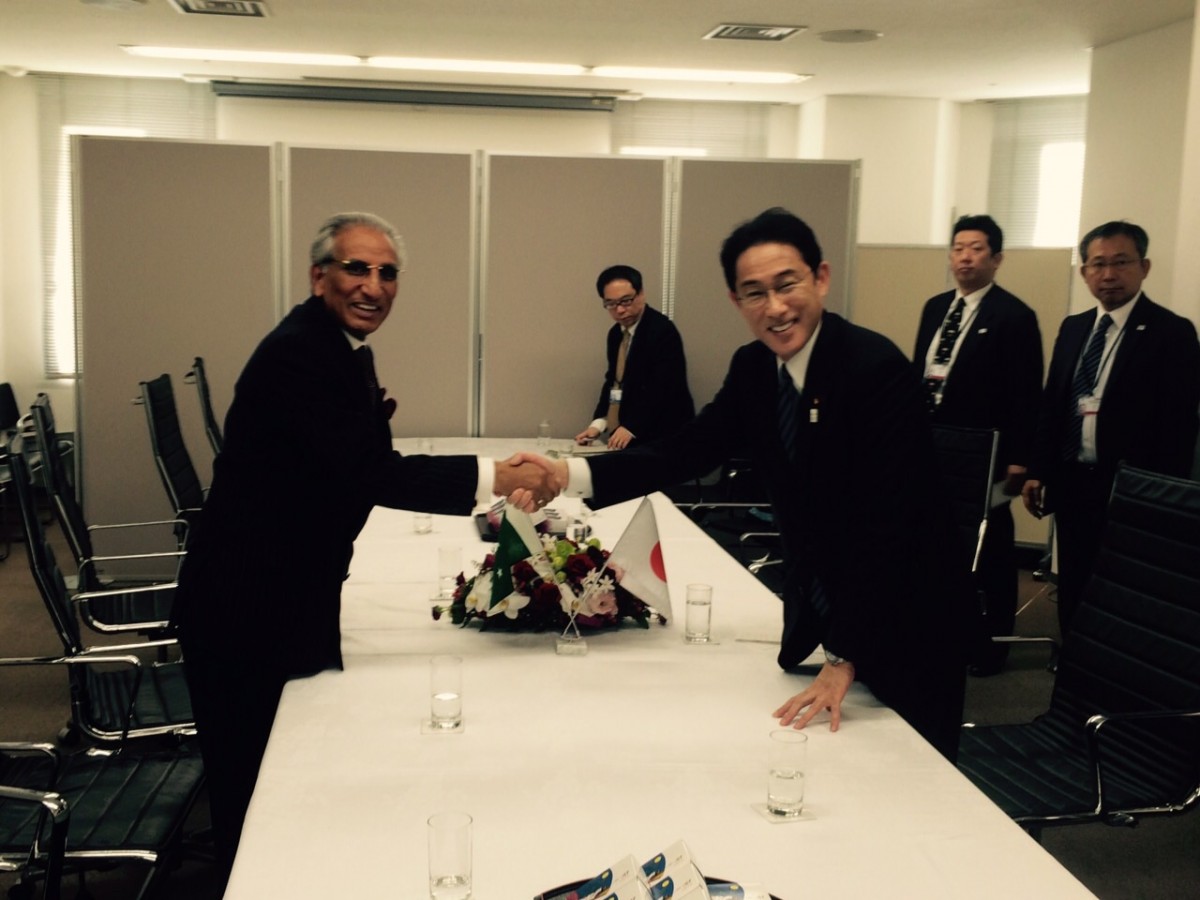