(Tokyo, September 6, 2021): The Embassy of Pakistan, Tokyo celebrated the Defence and Martyrs Day of Pakistan to pay tributes to the martyrs who laid their lives and salute the veterans who fought to defend and uphold sovereignty and territorial integrity of Pakistan.

Ambassador Imtiaz Ahmad in his address highlighted the sacrifices and the valour shown by the Armed Forces of Pakistan in defending the sovereignty and territorial integrity of Pakistan against aggression by a much larger neighbour in 1965. 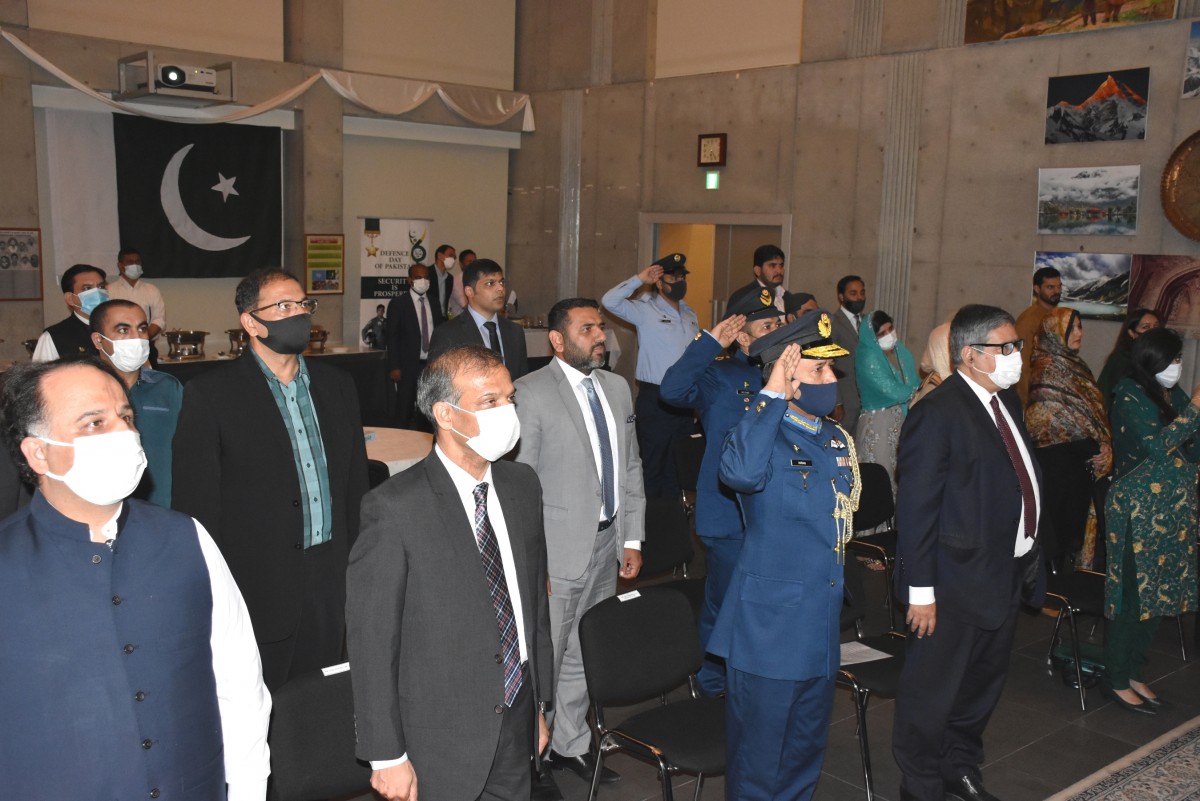 The Ambassador added that Pakistan was situated in a region where we faced a precarious peace and security environment. This required an ever more vigilant and fully prepared Armed Force ready to respond to any threat or challenge.

The Ambassador maintained that this overarching vision underpinned the present government’s policy of a ‘peaceful neighbourhood’ and is driving the outreach to Pakistan’s neighbours both to the East and West.

The Ambassador also inaugurated a photographic exhibition which was organized by the Embassy to commemorate Defense Day. 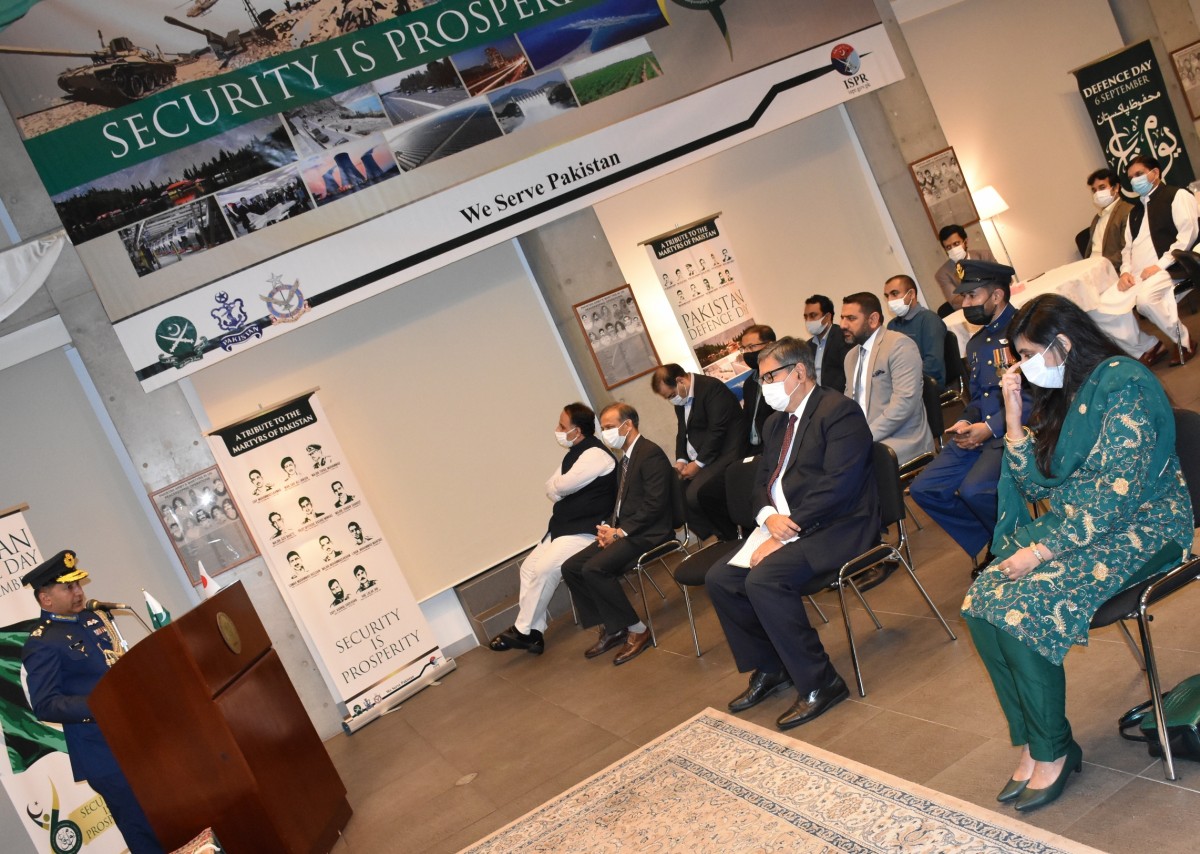 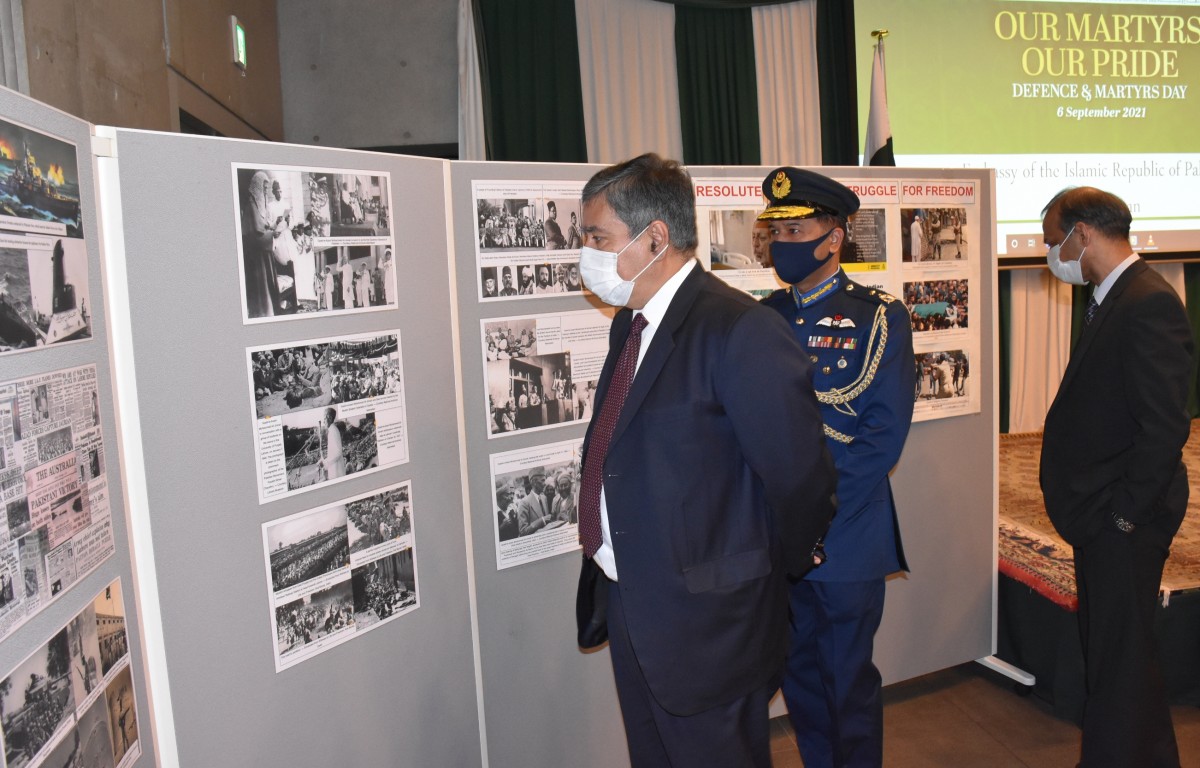