Delivering his key note speech, the Federal Minster highlighted the mission of Pakistan’s Government under the leadership of Prime Minister Imran Khan to promote investment in the energy sector so as to ensure availability and security of sustainable supply of oil and gas to boost economic development besides fulfillment of strategic requirement of the country. Mr. Omar Ayub emphasized that Pakistan’s multi-billion dollar energy industry has tremendous investment opportunities for local and foreign investors. He added that Pakistan is focused on improving the Ease of Doing Business thus encouraging foreign investors to initiate new projects and expand their operations in Pakistan. 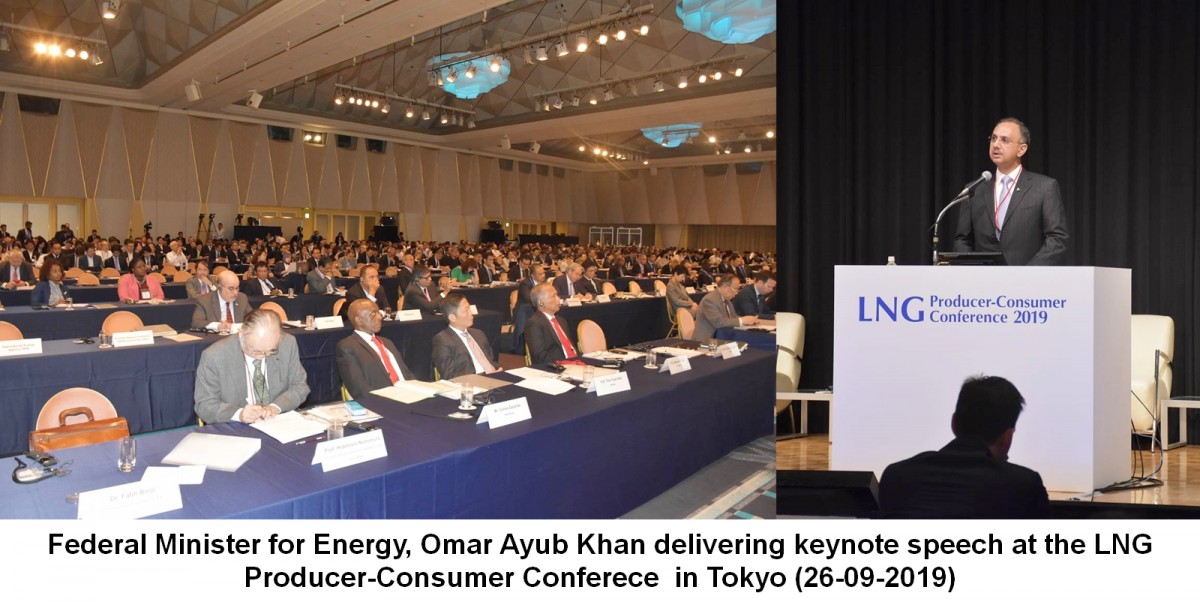 Giving details on Pakistan’s current energy situation, the Federal Minister informed the conference that oil and gas, including LNG was the major components constituting 75% of the energy supplies. He added that in order to mitigate energy shortages and meet the requirement, various steps have been taken by the Government for the development of LNG sector that include building of two LNG terminals to receive and regasify  1.2BCFD-gas per day, permission to private sector for setting up 5 more LNG terminals, third party access rules and network codes have been developed to provide access in the National Gas Transmission pipeline system to the private sector investors and consumers, the laying of 42” dia 1100 kms long RLNG Gas pipeline with another in the offing and establishment of four (04) state of the art RLNG based power plants including three (03) which are already operational. The Minister added that currently Pakistan has an installed capacity of 1400 MWs of renewable energy mix which we target to increase up to 18000 MWs by 2030.

The conference organized by the Japanese Ministry of Economy, Trade and Industry was also attended by Ministers from various countries, industry leaders, professionals and experts belonging to the energy sectors worldwide. Ambassador of Pakistan Imtiaz Ahmad also accompanied the Federal Minister in the Conference.